It's likely that Nikola Tesla had no idea how much his discovery would affect industry when he first introduced two and three phase alternating currents in the 1880s.

Today, his discovery of rotating magnetic fields which ultimately led to 3 phase power systems, is used commercially around the globe. 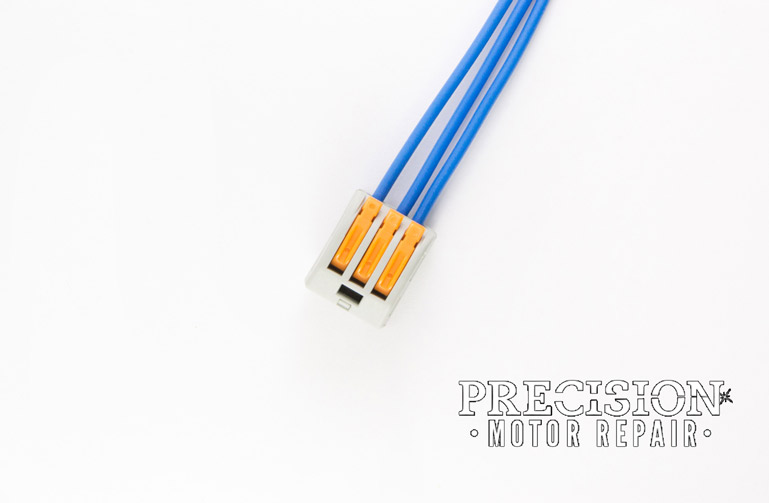 Let's take a look at why Tesla's 3 phase power system is more efficient for than single phase systems:

3 phase power systems are more efficient and safer than their traditional single phase counterparts, most simply, because they split their total voltage.

Alternating currents alternate cyclically. In a single phase power system, this means the currents moves in one direction before reversing, typically at a rate of 60 times a minute.

In other words, there are brief moments where there is no voltage running through the current. These moments are brief enough to not affect small household appliances, but they do become noticeable when using larger equipment like big motors.

In a 3 phase power system, these loops are split up over three cyclical phases, running in alternating directions. By splitting the moments of maximum and minimum voltages, the overall power supply remains constant.

Tesla's invention of alternating currents was born out of his discovery of rotating magnetic fields.

The 3 phase power system produces a magnetic field that rotates in a specific direction with constant magnitude, which makes the design of electric motors simpler.

While higher order phases can do this too, systems lower than 3 phase power systems are unable to produce the same constant load, eliminate a neutral conductor and offer a specific direction magnetic field.

In fact, three phase systems are able to conduct three times the power of the single phase, by using only half the amount of copper or aluminum as a conductor. Considering the price of these materials, this would mean a considerable saving in the long run.

A 3 phase system also allows you to reduce the size of your neutral conductor because it isn't carrying that much current.

There are a number of ways in which 3 phase power systems allow for the design of smaller motors.

Firstly, as mentioned above, these systems need less conducting materials, allowing for wiring to be quite small.

The 3 phase system's constant power load also eliminates the need for starter capacitors which may take up a place in a motor's overall design.

Another benefit of these smaller motors with their stable power flow is that there would be less vibration and noise from the motor.

No matter what industry you're working in, productivity is always key. Efficient power means more productivity and ultimately, more money.

Thanks to their constant load, 3 phase systems will keep your machines running longer and you'll spend less time waiting for them to recharge.

3 phase systems are far more streamlined than single or even dual phase systems, which means they use less power, but produce the same results.

This is because they offer more control in terms of how much power is being sent to your equipment, and in some cases, this may allow you to use less equipment.

Reducing your equipment and power usage not only lowers your electricity bill but helps the environment too.

It's their consistent power levels that help with this.

With single-phase systems, the power pulsates and this uneven flow may result in a power failure. This risk is minimized when the power flow is constant.

It also minimizes your risk of running too much power through the system, which also causes outages.

Fewer power failures will increase the life span of your equipment as they're less likely to be affected by subsequent power surges.

How to convert to 3 phase power systems

If all your equipment is already designed for a single phase system, you could still consider using a 3 phase power system by using a converter.

This process is relatively simple and will save you the hassle of having to replace your equipment.

These are among the most affordable types of converters but require a little more precision than others to get up and running, mainly because you need to be sure that you've properly measured the machine you'd require it to run.

Static converters use a voltage sensitive relay and a standard capacitor to delay waveforms when you start the motor. The relay then disconnects while the motor continues to turn on the single phase supply. These converters are best used for small machines that don't use too much horsepower: like air compressors and bandsaws.

Slightly more expensive than their static counterparts, rotary converters are a good investment for businesses running more than one piece of heavy machinery.

Very basically, they add an idle running motor to the static converter to help them run bigger motors with more power. You will, however, need to make sure all three legs are balanced before starting the motor to avoid damage to your equipment and the rotary converters may need a little help getting started.

Also sometimes referred to as inverters, electric converters turn single phase power into a direct current, allowing you to control the rotation direction, torque, and speed of your motor.

These converters also allow for a soft start, which means you can bring your machine up to speed gradually. Because of their electronic components, which usually require programming, electronic converters are best suited for use on only one machine and work great for bigger jobs.

Switch now and save money

3 phase power systems are not only more affordable than single phase systems, their also safer and more efficient.

While they may require an initial cost to start off with, they'll pay themselves off in the long run.

Contact Precision Motor Repairs for a quote and see how 3 phase power systems can help your business.