3 Phase Power: Why Your Business Needs It

3 Phase Power :
Why Your Business Needs It

Are you operating on all cylinders? No? You need to look into 3 phase power. We're sharing everything you need to know to get the most out of your business.

Are you running some serious machines?

You might need to upgrade to some serious voltage.

Here’s a quick rundown of an electricity power supply structure you can apply to your industrial or commercial business to get more bang for your buck. 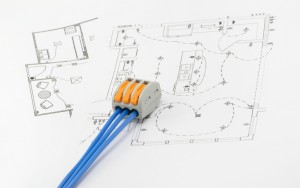 What is 3 phase power, and why is it worthwhile?

Let’s tackle the second of those questions first then move on.

3 phase power is pretty simple. At its core, it’s a way to get more voltage through the lines to a machine. Specifically, it can drive three times as much power through a line with only a one and a half increase in the infrastructure needed (wires).

What this means is that instead of delivering 120V through an alternating current, a 3 phase power setup can deliver 3x 120V plus 208 additional volts.

That’s why it’s application is so widespread – it’s incredibly efficient.

3 phase power is also smoother, continuous and constant when you compare it to single phase power. For some electric applications like a home fridge, having inconsistent power isn’t such a problem. But for bigger industrial machines like woodworking machines and commercial data centers, smooth consistent power is essential.

(For a lot of applications this isn’t important because the residual energy will keep it going until the next blast of single current power – the momentum of a machine, for example.)

Imagine that there’s a canoer. They can only propel their canoe forward when their oar is in the water. Between strokes, their power is zero.

This is what a single phase power supply is like.

Now imagine that there are three canoers in that boat. They’ve timed their strokes so that they’re one-third apart in the stroke cycle (so if it takes 3 seconds to complete a stroke, they start 1 second after each other).

The three person canoe is now supplied with constant power, so the canoe ends up going forward faster than just the single canoer (e.g. more power and it is continuous).

So by having three currents with staggered cycles a third apart, three phase power ensures that the power is constant (because there is always something running) as well as increase the maximum voltage available at any given time.

In addition to the benefits mentioned above about supplying continuous power and supplying more of it, there are other reasons why you might choose a 3 phase power solution.

First, it’s cost effective. Single current solutions are expensive to install. Plus, if you have multiple machines running, then you’ll likely be installing multiple single-current lines.

A 3 phase line means that you can install fewer (since there’s more voltage) and it means that the install costs are lower.

With a more efficient system, you use fewer conductors, fewer circuit breaker pole positions, and few resistors. This has the added benefit of losing less power due to resistance, making the system more effective overall. And, because the circuit is denser with 3 phase power, you also save space, time, and money with smaller electrical systems in general.

Plus, because the voltage carried through each wire is smaller, you can use physically smaller wires that cost less.

Second, a 3 phase system is also easier to maintain, since you’re dealing with fewer systems in total. This means fewer things go wrong, and when they do they’re easier to locate and fix.

Third, a 3 phase power supply means that you can run 3 phase motors, which are superior to single phase motors because they use far more current. 3 phase motors also vibrate less, meaning that they wear better over time and last longer as a result.

There are a number of applications of 3 phase power generation for industry and manufacturing.

3 phase power is commonly used in buildings due to the power density that 3 phase power supplies, as well as the variation in loads demanded by people who live there.

3 phase power is also used when continues power is essential. For data centers, this is key so as to maintain the integrity of the information on their servers. As server density has improved as well we’ve seen a greater application for 3 phase power for the simplicity outlined above – greater systematic efficiency overall.

Another lesser known area of application is in arena lights. Super slow motion cameras will actually capture the different points along a single phase power system and the whole video will ‘flicker’ frame to frame (we’re sure you’ve seen this happen).

As a consequence, stadium lights are now often run on 3 phase power so that slow motion cameras can better capture the action.

Steelmaking is another arena where 3 phase power is commonly used for its greater circuit density and ability to easily transfer a heavy voltage load. Electric arc furnaces are notoriously energy-hungry and require 3 phase power for both the high power they are afforded as well a continuous power so that they can maintain a proper arc.

Recap: why you should invest in 3 phase power

So to recap, 3 phase power:

We hope we've answered all your questions on 3 phase power. If you want to know more or are looking to drive your industry with a 3 phase motor, contact us today to have a chat.